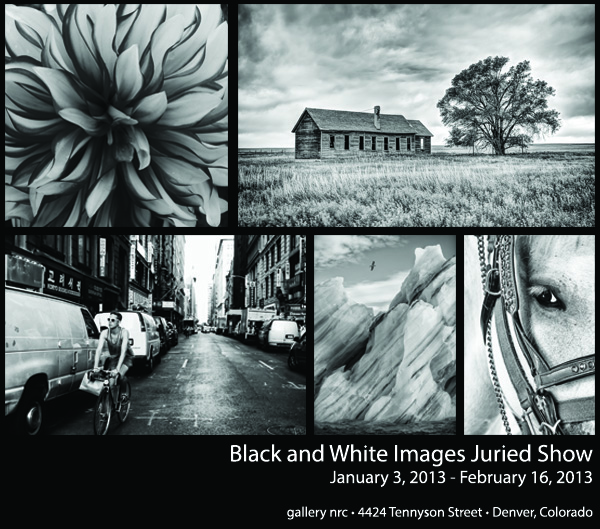 While color photographs are quite common today a black and white photograph still tells a story which may not be able to be told with a color image. The Black & White Images Juried Show explores this medium with an open theme of images which fit this genre.

The gallery juried over 100 entries from across the United States with twenty-five images selected as part of the show.

Photographers selected as part of the show: